Like every girl, from the time she was about 15, Kristen Fagaly Sides thought about who she would someday marry.  She briefly dated one guy in high school and another after, but knew they were not the right ones for her. So rather than continue relationships she felt wouldn’t become permanent, she chose to wait for the right man.

Holding to the words of James 1:17, “Every good and perfect gift is from above, coming down from the Father”, Kristen decided if God had a mate for her that would be great.  But she chose to believe that GOD’S BEST would be THE BEST for her even if it turned out to be quite different from what she had expected.

As she approached her mid twenties other people started making comments and suggestions for places she could meet a good guy.  Kristen easily admits that thinking every new small group you join or trip you take or event you participate in can perhaps be the place you meet your mate can become a cycle of constant disappointment.  She says it could easily have become an all consuming mind game that had the potential to spiral into compromise and an attempt to try to control the situation.

She chose to believe that God’s best would be THE best for her even if it turned out to be quite different from what she had expected.

“At that point,” Kristen says, “I knew I was not in control AND didn’t want to be because I truly wanted who the Lord had for me.”  She believed the words of Jeremiah 29:11 to be truth: “I know the plans I have for you, declares the Lord, plans to prosper you and not to harm you, plans to give you hope and a future.”

Although Kristen did not marry until she was almost 31, she realized at some point that she didn’t need to wait for marriage for her life to be meaningful and significant.  Rather than thinking “When I get married my life will really start” or “When I am part of a couple we can do truly important things for God”, she chose to focus on the fact that she was building her future right then!

In 2008 Kristen made a missions trip to Brooklyn, New York, and for the first time in her life saw true poverty.  Seeing the desolation, harshness and severe lack devastated her. It was then she felt God calling her to inner city ministry.  Soon after she moved to California to help with a church and outreach ministry there.

In the meantime, an inner city outreach called The Arkansas Dream Center had been started by her home church in Little Rock.  Kristen eventually returned to her home state to join forces with the Dream Center’s director in establishing the ministry that now has 8 locations in the state of Arkansas.

Kristen continued to trust God with her future and to faithfully execute the assignment He had given her.

As Associate Director, she has helped grow what started simply as a Saturday outreach to an organization which has two facilities, seventeen employees, an after school program five days a week, a food pantry, clothing and furniture distribution centers, a women’s residential home and restoration program, and SLAM, a sports program for teens (Saving Lives Through Athletic Ministry).  In addition the Arkansas Dream Center serves 150,000 meals each year to children who might otherwise be without food.

The Arkansas Dream Center’s mission statement is “Every Arkansan Chasing Their God Driven Dream”.  Kristen says everything they do is centered around relationships which keeps them from just being a handout or giveaway program.  For example, the SLAM program’s goal is to have one coach for every student. Because most of the kids are from single parent households, providing mentorship and discipleship is vital to what they consider to be success.  Kristen says she’s amazed that an organization which started only 8 years ago has had this amount of growth in that period of time.

Why wait for wedding bells when you can be changing your world for God and for good?

Kristen continued to trust God with her future and to faithfully execute the assignment He had given her.  Then a little over 3 years ago a young man came to volunteer at the Dream Center. He showed up faithfully every Saturday and was involved in special programs and outreaches all year.  By December of that year he had asked Kristen out on a date. The rest, as they say, is history. 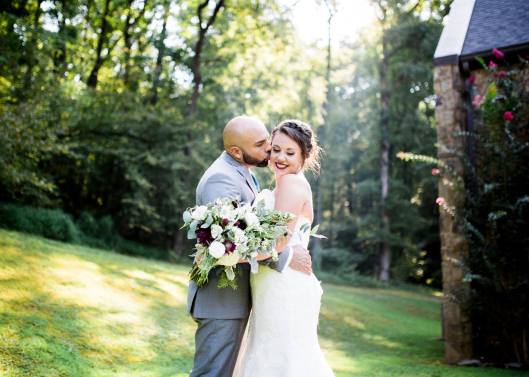 Kristen and Mylan were married the next year and now in addition to Kristen’s full time job at the Dream Center, they serve together as Outreach Pastors of the Greater New Life Church in Little Rock, Arkansas.  Their story is a beautiful love story joined by very different paths. Mylan says his is a story of redemption. Kristen says hers is a story of faithfulness. Together they’re writing the story God designed for their lives.

And together they’re creating a family who they hope reflects God’s praise.  This week Kristen goes back to work following a six week maternity leave. The newest chapter in their lives, Evien Jean, is a dark haired, brown eyed beautiful baby girl.  No doubt she will grow up serving alongside her mom and dad, learning lessons about life and love. But for now she is happy that Mom’s office space will double as her daytime nursery.  And no doubt the God who had a plan for her mom and dad has a plan for her as well. 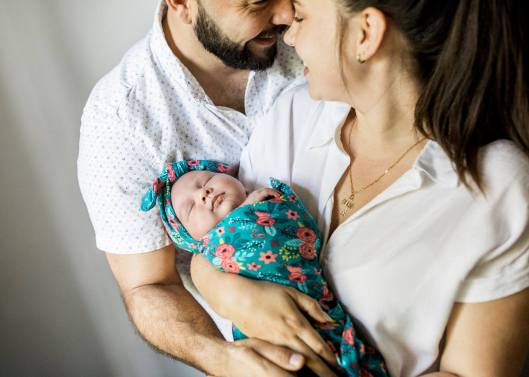 3 thoughts on “Waiting for Wedding Bells”