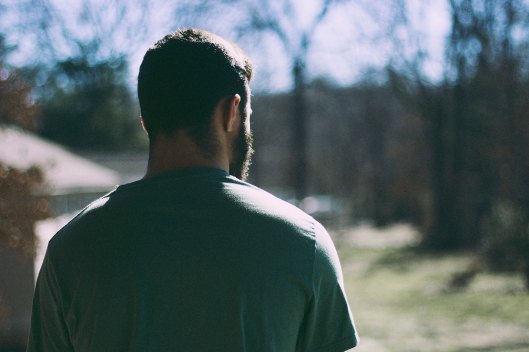 Marriage engagements (or betrothals as they are referred to in Scripture) were different than the engagements of our day.  It was a binding contract established between two families and sealed by the exchange of gifts.  Sexual relations with each other at this stage were regarded as the equivalent to adultery.  Imagine then when your fiancé turns up pregnant and YOU aren’t even the one who had sex with her!

I am so impressed with Joseph’s response to the situation with which he was presented. Jewish law provided that Mary could be placed before elders for judgement and stoned to death.  And since betrothals were binding contracts they could only be terminated by official divorce decrees. Matthew 1:19 tells us that “being a righteous man”, he was not willing to make her a public example and had decided to divorce her privately.  Choosing a course of action that would spare young Mary public shame and humiliation says so much to me about the character and basic goodness of the man called Joseph.

Jewish law provided that Mary could be placed before elders for judgement and stoned to death.

A man motivated by his own pride, hurt, embarrassment or wounded ego would most likely have responded with anger and revenge.  Instead, this man of honor chose to take the course of action most likely to protect and preserve the reputation of the young woman he had planned to marry.  Remarkable.  Selfless.  Honorable.  Impressive to say the least.  And that decision had been made before he was even visited by the angel who informed him of the truth of Mary’s situation.  That tells me so much about the man chosen to father the Son of God.

Joseph has a low profile in the gospels.  Paul makes no reference to him.  Neither does Mark.  Matthew and Luke both contain the genealogies of Jesus showing his ancestry through King David (because the two differ some scholars believe Matthew traces the legal descent of Jesus through Joseph’s bloodline and the actual physical descent through Mary’s in the book of Luke).  But from what we can gather about the character of the man called Joseph I doubt he was the kind seeking personal recognition or fame.

In fact, Mark 6:3 records the townspeople referring to Jesus as “Mary’s son” and in Matthew 13:53-55 he is called “the carpenter’s son” without even referencing Joseph’s name.  Somehow I don’t believe either of those things would have bothered this man who sheltered Mary and the baby as best he could in Bethlehem then later upon the directive of an angel fled with them to Egypt in an attempt to protect them from wicked King Herod.  Again their welfare takes precedence when after Herod’s death their plans to return to Israel are changed with a warning from God in a dream.  Instead Joseph takes his wife and child to Nazareth which also allowed for the fulfillment of the prophecy “He shall be called a Nazarene”.

Joseph is a wonderful example of what a stepdad can be.  Knowing Jesus was not of his bloodline, he seeks to protect and provide as though he were.  My own husband grew up with a stepfather who did much the same.  Struggling with an alcohol addiction most of his life, David’s biological father failed to provide support of any kind during his growing up years.  My husband says he will always be grateful for the man who stepped up to the responsibility of caring for and loving his mother and her three children.  He fathered those three children as though they were his own and took great pride in providing for their needs.

I have often expressed to my husband how much I appreciate his provisions for our own family.  He is a hard worker and has seen to it that our children lacked nothing he felt they needed, including a college education.  Although his chosen career provides a nice salary, I have expressed my belief that he would dig ditches if he had to in order to provide for his family.  Thankfully the example his stepdad set became a part of his core values and I am proud to say that both of our sons and our son-in-law all work very hard to provide for the needs of their families as well.  Indeed this is part of what it means to be a man of honor.

Since his death I have also loved hearing stories from people whose lives he impacted in ways that were perhaps unknown to me at the time.  One of those stories is of a young evangelist who came to my dad’s church to hold one of his first revival meetings.  His wardrobe was shabby and old but it was all he had.  My dad took this young man to the finest clothing store in town and although we were not financially well off, Dad bought him the suit of his choice.  Thirty years later that same preacher was the guest speaker at the church my dad founded when I was but a child.  He heard our family would be in attendance and he brought that suit which he had kept all of these years.  He said he had kept it because it represented my dad’s belief in him and his abilities.  It was an outward covering that had given him inner confidence.  I wept when I saw the suit.  It was so like my dad to do a good deed and never tell anyone about it.

Thomas Carlyle said, “The work an unknown man has done is like a vein of water flowing hidden underground, secretly making the ground green.”  This is a bit how I see Joseph, the legal and earthly father of Our Lord.

“The work an unknown man has done is like a vein of water flowing hidden underground, secretly making the ground green.” -Thomas Carlyle

After the incident in the temple (around age twelve) when Jesus’ parents cannot find him and he is discovered having discussions with the religious leaders, we hear no more of this simple carpenter who helped care for God’s Son.  It is believed that Mary was widowed during the adult ministry of her son as his father, Joseph, would have been expected to take charge of the Lord’s body at the time of his death.  Instead Joseph of Arimathea stepped into that role.  Also as he hung on the cross Jesus entrusted Mary to the care of the apostle John which further indicates Joseph was no longer in the picture.

But partly because of the care Joseph provided and his willingness to obey the voice of God, we are able to celebrate not only Jesus’ birth but also all the Lord did during his years on this earth.  Dads, stepdads, grandfathers and uncles, never underestimate your value and worth!  You may not be raising Immanuel but you are influencing and nurturing the spiritual seed of The One we celebrate this season.  Thank you for rising up to become men of honor and valor, men worthy of respect.  I pray blessings on each of you this Christmas season.